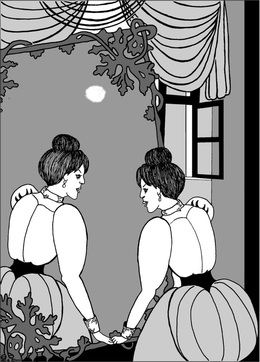 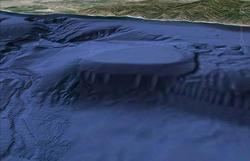 This google image taken off the coast of Malibu, California shows an apparent mysterious structure.  Interestingly, this area has been a hotbed of underwater UFO activity for more than sixty years.  I have collected  nearly one hundred separate cases where people in this area have experienced UFOs hovering close above the water, or have been seen going in and out.  I have speculated about the possible existence of an undersea UFO base for years.  Could this be it?  Learn more about the base and the UFO activity on the Jimmy Church Radio show, 2014.

In June 2013 something struck this Chinese Jet flying at 26,000 feet.  Authorities and investigators have no idea what it was.  It wasn't a bird.  It wasn't another plane.  And it certainly wasn't Superman!   It appears that the jet struck a UFO.  The story was huge news and then suddenly it disappeared.  Not surprisingly, no explanations have been forthcoming.   Typical. 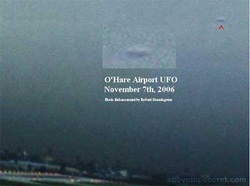 This is only one of several images out there of a UFO which was seen by pilots, passengers, airport workers and others hovering directly over one of the air control towers in O"hare Airport in Chicago, Illinois.  The UFO hovered in place for several minutes before suddenly moving up through the clouds leaving a punch-hole that remained in view for many more minutes.  Airport authorities at first denied and tried to coverup the sighting, but when airport personnel began to talk, they were forced to reveal the truth.  This sighting was definitely one of the biggest UFO events of 2006.  It remains unexplained. 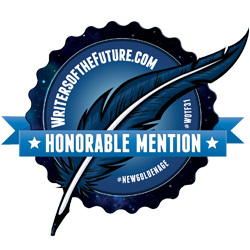